If possible, could you please enlighten me on how Otter handles video?
- based on a library part of Otter?
- or it's forwarded to the host Operative System expecting to be handled by installed codecs?

I don't think those are mutually exclusive. But to be clear, I'm mainly a user/supporter/advisor. I imagine that all depends on GStreamer.
2

DnD Central / Re: What's Going on in Antiquity?

2021-02-14, 12:19:06
Some 5 000 years ago, when people moved they packed their suitcases and their monoliths.
Quote from: https://www.cambridge.org/core/journals/antiquity/article/original-stonehenge-a-dismantled-stone-circle-in-the-preseli-hills-of-west-wales/B7DAA4A7792B4DAB57DDE0E3136FBC33

The discovery of a dismantled stone circle--close to Stonehenge's bluestone quarries in west Wales--raises the possibility that a 900-year-old legend about Stonehenge being built from an earlier stone circle contains a grain of truth. Radiocarbon and OSL dating of Waun Mawn indicate construction c. 3000 BC, shortly before the initial construction of Stonehenge. The identical diameters of Waun Mawn and the enclosing ditch of Stonehenge, and their orientations on the midsummer solstice sunrise, suggest that at least part of the Waun Mawn circle was brought from west Wales to Salisbury Plain. This interpretation complements recent isotope work that supports a hypothesis of migration of both people and animals from Wales to Stonehenge.

As an example, I also have an ultra-cheap personal VPS for €12/year. Mine comes with IPv4 included, but many low-cost ones will only come with IPv6. I combine that with a free something.nl.eu.org domain from https://nl.eu.org/, managed through https://freedns.afraid.org/. That way it doesn't cost me a single cent over that yearly €12.

That's what you do if you want something small and personal, although you should probably think more toward €40-60/year. I'm running on an extremely advantageously priced grandfathered contract from 4-5 years ago. On that VPS I could run whatever I want, including an e-mail server. But due to spam it's actually quite hard to run your own server these days, in the sense that your mails might just be automatically thrown out without ever reaching anyone.

A very big step up is renting rack space in a data center. The same principles apply. You pay for the electricity, connection (IPv4 & IPv6) and the rack space. You could even rent the server hardware itself from them. But the domain like thedndsanctuary.eu is a separate thing.

They'd probably be happy to do that for you as well, but mostly you'd just be making it harder to switch away in the future, plus for some odd reason they often seem to charge more rather than less than separate domain sellers.
4

Post-apocalyptic as in exploded/caseless? For me, one of the reasons to have a watch is to have something more weatherproof than the usual smartphone.

Quite so on both counts!

Step counters would be great, if they counted something on bicycle too.

If you say so.

2021-02-08, 09:19:08
It looks a bit post-apocalyptic and the default display seems rather busy, but yep! It's not quite clear to me if I can count on at least weeks from the thing though? A traditional battery-powered watch does what, a year, two?

The only problem is that the fake Casio face looks by far the clearest/most useful to me. Maybe one could do something with calendar integration instead of the silly steps thing. 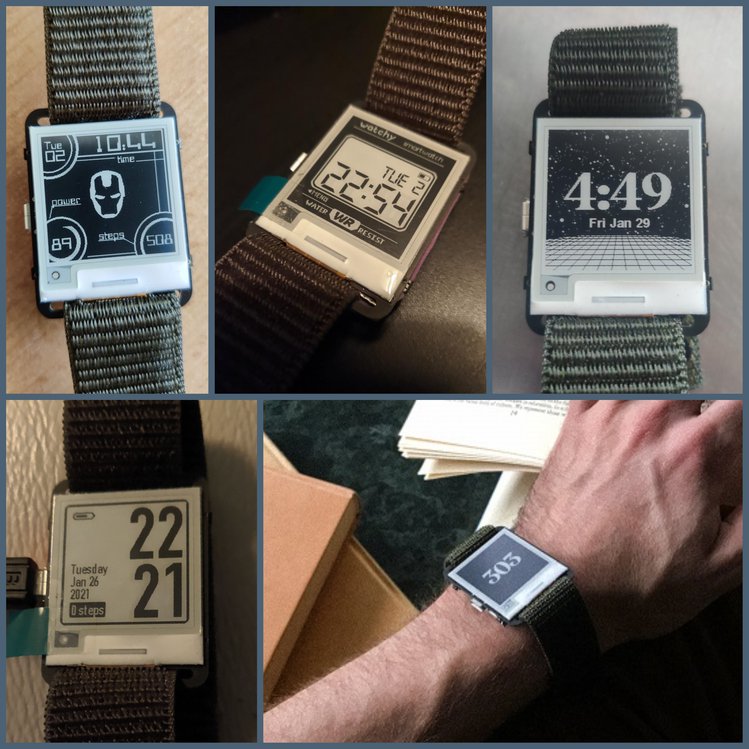 Could you check if you're running old or new QtWebKit? That's in About Otter, web backend.
8

Is our domain name some subscription service that requires an annual renewal around this date?

They often purposefully make leftover food unfit to eat by spraying it with something gross or worse.

That's reverting an earlier Trump executive order. A particularly stupid one that was triggered by the outrage that poor people might sometimes eat good food.

I remember when someone in America was upset that a poor person on food stamps looked healthy. Which is of course the entire point...
11

2021-01-27, 08:51:00
That channel is excellent at explaining why most deviations from standard post-'70s Dutch infrastructure practices are basically just bad. It's great to see him using Finland as an example too.

I couldn't tell you. I only know "too snowy" and "too slippery." The coldest I've experienced was something like -11° C to -13° C plus strong wind chill (i.e., a feeling temp of around -20° C). It's possible that you might need to wear a balaclava if it's colder.

With regard to proper bicycle lane maintenance in winter, Antwerp's been doing reasonably well.

Those pictures from Canada are mind boggling.

With code yellow the cycling paths aren't plowed or brined. In Finnish terms that's similar to the <2 cm definition.

This is done with 12 plows dedicated to the cycling paths. I doubt they could do it every few hours like in Finland, but once or twice a day is usually sufficient except in extreme (for here) circumstances.

Edit 2:
This video is also important background information. It unfortunately applies much less to Antwerp/Belgium (i.e., Antwerp is kinda like the Netherlands in the '70s or '80s; they only really started making an effort the past decade).

DnD Central / Re: What's Going on in China?

The railroad system in Dalian, northern China, collapsed citywide on Tuesday for up to 20 hours after the Adobe Flash programing software stopped running.

Authorities fixed the issue by installing a pirated version of Flash at 4:30 a.m. the following day.

2021-01-20, 21:09:28
My great-something-something was a pastor and we have a mid-19th century antique Statenbijbel which is probably larger if anything (taller, similar thickness).
17

2021-01-20, 12:50:08
Perhaps. Their marketing says your kid will either be staring at a traditional tablet to make their homework or they'll be staring at this tablet. I think everyone's perfectly capable of determining how true that is for them.

DnD Central / Re: Visually Discuss Your Political Views --- Via Cartoons (Drawings) Only 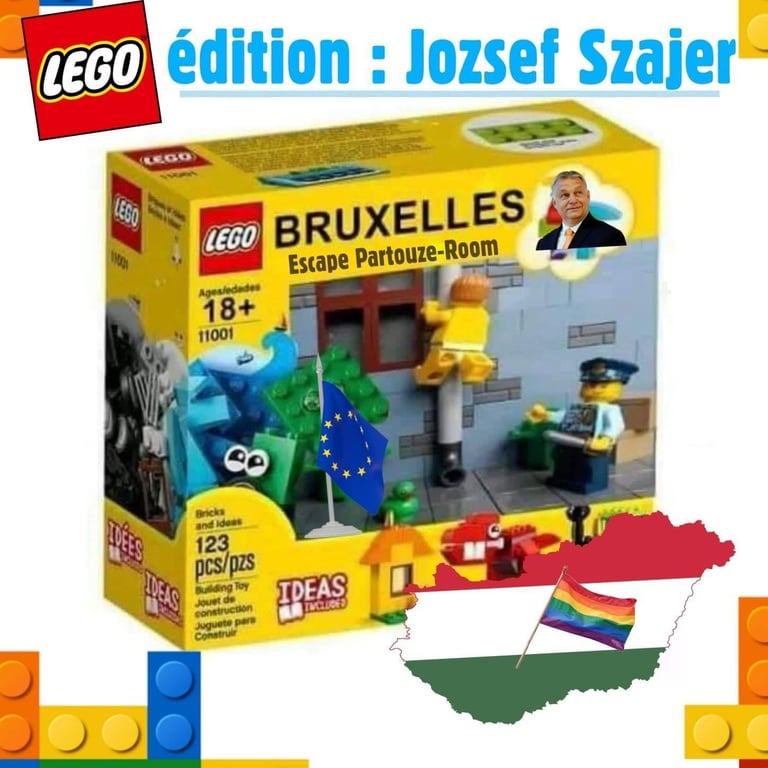 DnD Central / Re: Visually Discuss Your Political Views --- Via Cartoons (Drawings) Only

All old files were overwritten by the new.  I've followed this procedure
with several other browsers.  There was never a problem.

It nevertheless seems good to test it clean in a separate folder, I'd say?
23

The Lounge / Re: Happy New Zealand!

Worse, they take a second to respond to you flicking your wrist. I don't know how long it actually takes, but it feels like I already know the time on a normal watch when the smartwatch is only just getting started.

The main selling point for a smartwatch as I understand it is that it can bother you better with incessant notifications about emails, text messages, or worse. That sounds like a nightmare to me.

I understand there are also more or less normal E Ink watches like the Sony FES Watch U that can change their background. I believe there used to be a series of watches with background inserts for kids back in the '90s that could also do that. In any case, I do like the idea of E Ink. It's just a slightly more capable alternative to the LCD display on the aforementioned Casio watch.

Does this mean you have a small collection of watches? Yo, we have a winner!

I have a digital Casio watch from the '90s. It's very good, but possibly in need of replacement (besides needing a new battery) due to some of the buttons having worn out a bit, and I think I almost lost it in Paris because the strap broke.[1] Also at the moment I don't know where it is. At a glance it looks similar to the Casio F91W-1 Classic currently being sold. I also used to wear it while swimming.

Then there are the various free watches people give you. Some big monstrosity from the Postbank, a somewhat better looking model from an accountancy firm, another big monstrosity from some place I used to work at... This hasn't happened to me since the early 2000s anymore though.

Besides that I have two cheap Chinese self-winding watches. I thought the concept was pretty cool back in '08. In any case, I use them because they don't ever need anything. On a morning that you want a watch you just grab it, shake and/or wind it a bit and fix the time. For daily use they kind of suck because they can be off by up to two or three minutes per day, which a proper Omega watch wouldn't do.

In different territory there's also my dad's pocket watch, but my main watch is my own pocket watch.[2]

My main need for a watch stems from near-daily bicycling and catching trains. (Both activities have had long pauses though in this Year of the Covid.)

That's when I use watches, when I occasionally take a train. For regular everyday cycling it doesn't matter for me.
1 That would've been in '03.↵
2 I.e., cellphone.↵