Last post by midnight raccoon - 2021-07-19, 17:05:16
While there are some indications that this report isn't genuine, to this day, it still blows my mind that more people didn't understand that Trump isn't mentally stable. Seriously, all you have to do is listen to him talk for a few minutes to realize his speech patterns are incoherent and rambling; he slurs his speech but is a non-drinker, gets easily confused, etc.

The "stolen" 2020 election conspiracy theory is often called "the big lie." I'm not convinced that he is lying. Rather, in his dementia, he fully subscribes to his delusion. Seriously, the man needs a neurologist's help.
92

Vladimir Putin personally authorised a secret spy agency operation to support a "mentally unstable" Donald Trump in the 2016 US presidential election during a closed session of Russia's national security council, according to what are assessed to be leaked Kremlin documents.

The key meeting took place on 22 January 2016, the papers suggest, with the Russian president, his spy chiefs and senior ministers all present.

They agreed a Trump White House would help secure Moscow's strategic objectives, among them "social turmoil" in the US and a weakening of the American president's negotiating position.

By this point Trump was the frontrunner in the Republican party's nomination race. A report prepared by Putin's expert department recommended Moscow use "all possible force" to ensure a Trump victory.

Western intelligence agencies are understood to have been aware of the documents for some months and to have carefully examined them. The papers, seen by the Guardian, seem to represent a serious and highly unusual leak from within the Kremlin.

The Guardian has shown the documents to independent experts who say they appear to be genuine. Incidental details come across as accurate. The overall tone and thrust is said to be consistent with Kremlin security thinking.

Assuming this is genuine, even assuming it is not, someone with access to it must have passed it on to the Guardian for some reason, and at this time.
93

June was the month for sinobags, while Zhurong was still trundling over Mars. When the taikonauts had their spacewalk, there was a a sudden interest in the Space Cow. 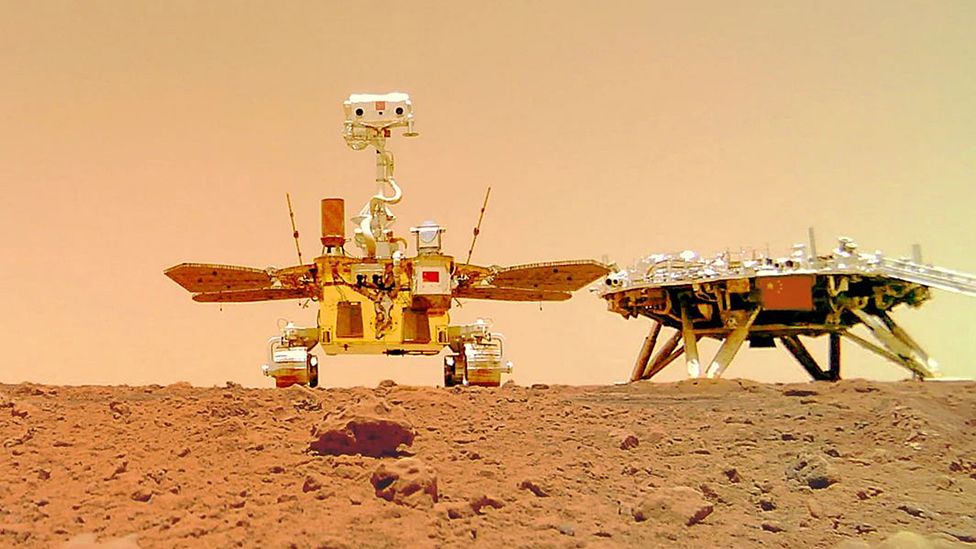 And July is the month for the moneybags. While the 71 year old Virgin launched his latest scheme for multibillionaires to make money from multimillionaires, Amazon is about to deliver their chief operating package into orbit.

I'm sure they did their best, but that does look like the mug shot of someone that would train squirrels to attack her ex.

DnD Central / Re: What's Going on in Eurafrica?

An ever-growing number of products and processes are designed with their destruction/disassembly in mind. Nuts and bolts were pretty reversible, but we are unlikely to return to them. A lot of ingenuity goes into laminates. Delamination is highly undesirable in a product's lifetime, but very desirable afterwards.

Metals were our first  reusable objects, and metal alloys can be reverted to their elemental origins. However both the making of and the reuse of metals is very energy expensive, and especially now that we depend on fossil fuels for energy metals metals are the least attractive option for most purposes.